Our mission is to:

We are governed by a board of seven members and a constitution registered with the department of social development.

Barrydale has a population of approximately 6 000 people; most of whom are historically disadvantaged South Africans. A further 3 000 people live and work on farms surrounding Barrydale and within a 30 kilometres radius. This is the catchment area which Barrydale Hospice already serves.

Barrydale is no different from other rural towns in the Western Cape, South Africa.  There is a significant proportion of elderly in the population who must contrive to manage on their fixed incomes/state grants. The town is served by two government schools, several rural primary-level farm schools, a social worker, a provincial clinic and by emergency services vehicles with crew whose numbers fluctuate. The clinic operates 8 hrs a day, 5 days a week. There is no resident doctor, dentist or pharmacist and the closest private medical facilities and provincial hospital are in Swellendam which is situated some 50 kilometres from Barrydale. There is no regular public transport system to enable less fortunate residents to travel to Swellendam for health care and consequently many people go untreated or receive haphazard or inadequate treatment in contravention of their basic constitutional rights.

With a limited schooling system and a shortage of resources the youth face difficult challenges on leaving school. Job opportunities outside of agriculture are extremely limited and consequently many of our youth migrate to larger towns to pursue career opportunities, leaving behind the the unskilled workers and older residents.

Sister Joana van der Merwe was the Manager of the Barrydale State Clinic for many years prior to her retirement in February 2013. Having become accustomed to nursing terminally ill patients in their homes she recognised the urgent need for hospice care in the village and Barrydale Hospice was created in May 2013. Under an arrangement with Swellendam’s Langeberg Hospice, she worked in both Swellendam and Barrydale until Barrydale Hospice began functioning autonomously in September 2016 when it became a registered Non-Profit Organisation. To operate an autonomous hospice, the Sister in charge must hold the Hospice Palliative Care Nursing Sister qualification which Sr van der Merwe obtained in 2014. In addition, Barrydale Hospice was registered by SARS as a Public Benefit Organisation which enables it to issue Section 18A receipts entitling the donor to a tax deduction for donations made. 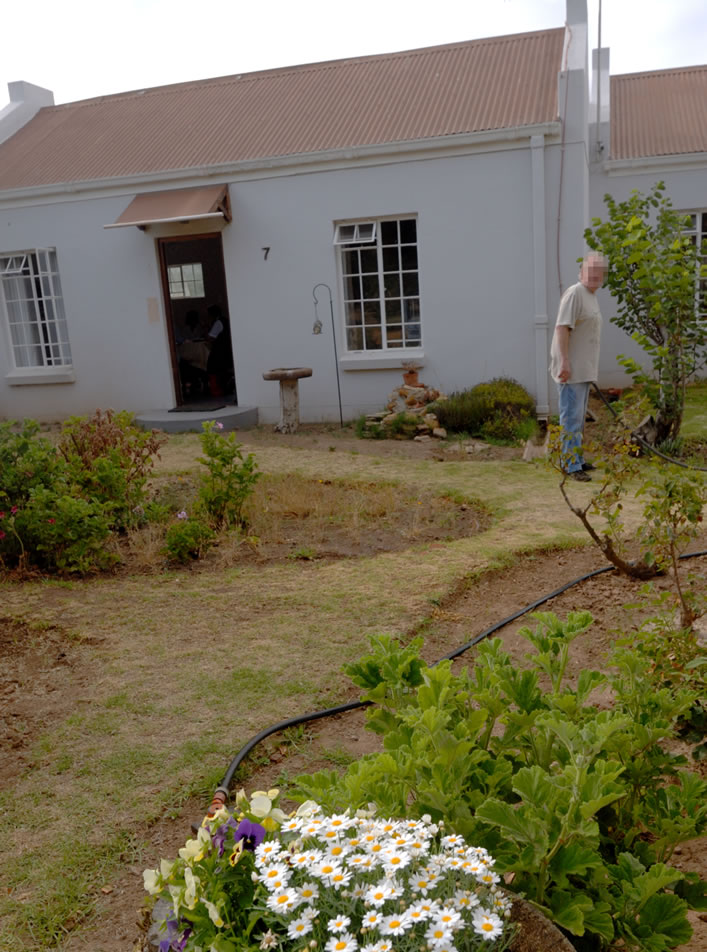 Improving the quality of life of hospice patients and their families